We have been waiting for the next release by the Californian Blackened Electronica duo for long. Now the wait is over: Wicked Gods is due to be released 9/9/19, with the eclectic label Cleopatra Records.

We will be the first to say it, Wicked Gods is AWESOME and evil! Luna13 crosses the boundaries of Metal and Bass music, creating a strange, yet fresh mix between two contrasting cultures. The songs on Wicked Gods are unlike anything we have heard. It is heavier then their last release but the Bass Music elements are more clear. Wicked Gods is successful in creating a brand new sound. Let’s cross Flying Lotus and Pantera, why not!

Wicked Gods is a perfect example of their heavy, unique sound, focused on Lilith as the embodiment of the Dark Feminine! Lilith’s vocal style is truly Brutal. Songs like Serpent, Death Box, Evil Love, and Leviathan will leave you dazed and bewildered while scaring the hell out of you.

Wicked Gods is Luna13’s sixth release with Cleopatra Records.
The legendary Californian label is known for its eclectic roster that has recently expanded to include Tim Skold (Marilyn Manson’s guitarist) and the European goth bad Rosetta Stone.

Keeping the high quality of the old days, Cleopatra Records is experiencing quite a big expansion. Now working as a movie production company too, under the name of Cleopatra Entertainment, the label was able to create a one-stop artistic pole that attracts artists and fans alike.

“For this release, we were approached by other labels too,” Dr. Luna, one half of the duo, explains. “But we wanted to go back to Cleopatra, their vision put them number one on our list. We just love to work with them.”
With these premises, we can’t go wrong: Wicked Gods is meant to be yet another success in the history of Luna13, a music project creating a new heavy sound called Black/Bass/Metal! 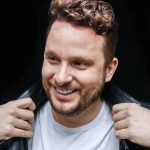 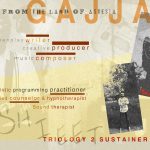