“Emerald Suspension” self-titled 2018 debut was a fresh, creative mixture of several experimental, electronic, industrial, noise, drone, darkwave, and elements of musique concrete, all frequently blended with other styles and non-styles.

The Minneapolis based artist is about to launch his new track “Level Ground” from his upcoming EP “Eruptions” and has shared a few glimpses of his track which not only contains the addictive rhythms but also ear-catching electronic tones and wide range of feelings evoked by the song.

Instruments used by Emerald Suspension include those that are recognizable as well as some that are newly created, and all are liberally infused with effects. Vocals are sometimes included in their tracks by way of guest artists, vocal samples, and occasional voice sounds from Emerald Suspension, all with oddly satisfying results.

So do listen to Emerald’s upcoming track from his new EP, appreciate his work and listen to his previous tracks as well. Link Below: 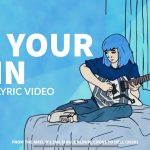