Well, Agree to disagree, But rock music is a next big thing in music industry that will surely keep us from boredom. But just imagine how interesting will it be to listen to a Female Rock Band?

Well yes, You read that right. “Gemtarra” a female rock band has just released their new EP “Fired Up” that has all the elements to make us go “WOW”.

The album is full of energetic beats with merciless and commanding vocals, ferocious lead guitar patches, psychedelic lyrics and many more. The EP includes four songs, i.e. “Jealous heart”, “Madness”, “In your own world”, “Fire me up” which are all distinctive and amazing to listen.

So do listen to this blistering EP and give a thumbs up to “Gemtarra’s” commanding rock work. Link Below:

Gemtarra is a Philadelphia based band and was formed in 2018 by twin sisters Gina and Tina Cieri. The name of the band was created by blending two Italian words, ‘Gemilli’ which means twins and ‘Chitarra’ which means guitar. The band originally started out as a trio named “Prima Donna” and garnered a lot of attention with their releases under that name, including making the top 10 lists of many college radio stations. Now that they’ve grown artistically and as a band, Gina and Tina Cieri (songwriting and guitar), Bryan Feddish (bass), Sunny Dee (drums), and Tawana Simons (percussion) are ready to show the world Gemtarra. “Fired Up” was recorded at Studio 4 in Conshohocken with the Grammy award-winning Producer/Engineer Phil Nicolo. You can listen to the first two singles off of the EP “Fire Me Up” and “Jealous Heart” on all streaming sites. Check out their website for news and updates. 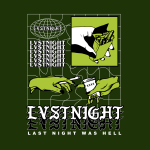 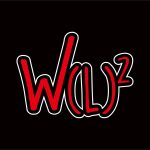