LA rapper “Kyd Money” has dropped his self-titled single, Kyd “Money” which depicts his personal journey around music. The track is all about how Kyd has overcome all his struggles and doubts which ultimately helped him made a name for himself in this competitive rap world.

The tracks start with an authentic old school rap music giving it a perfect buildup to put the spotlight on the artist’s emphatic voice. Although the track goes on a steady pace, Kyd has ensured to make it sound very aesthetic through its appealing lyrics and upbeat music that easily helps listeners to know about his life’s various struggles and he overcomes those.

Kyd’s voice proves to be the stunner that instantly depicts how his questions about himself, and search for real happiness, have contributed to shaping this track with such significance and character. He is indeed a supremely talented artist whose tracks display flashes of his full potential and features and has all the potential to become a very popular figure in the Rap industry.

“Kyd Money” is available now on SoundCloud and all major platforms. Follow Kyd Money on Instagram for updates and upcoming releases. 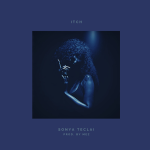