The title track ‘Ancient River’ tells stories found from the river and depicts a folk music soundscape with wobbly guitar riffs and melancholy lyrics that make it an exciting track to listen to. The uplifting track ‘Heart Street’, is probably the best track of the album as it depicts the playing style of the band. From inspiring lyrics to reassuring vocals and melodious brass harmonies, to catchy electric and acoustic guitar riffs, it is one gem of a track which can make people become addicted to it. ‘Loving Kind’ and ‘Signs That Passed’ are arranged with some heavy guitar sound with euphoric harmonies and beautiful hooks that can make the person feel lively with positive and cheerful vibes. ‘Never Let Me Go’ and ‘Unwind’ are both composed with relaxing and spirited lyrics, alongside likable melodies and alluring soundscapes, which just makes the whole motive of the album complete.

The album “Ancient River” is one of the best albums I’ve heard till now where all the songs are appealing and interesting to listen to. The arrangement of each track and the purpose of presenting unique genres of music behind them is outstanding. Let’s appreciate the work of all the band members including Singer-guitarist Frank Bjørdal, Guitarist/backing vocalist Roy-Jostein Fiskerstrand, Bassist-Keyboardist Eyvinn Magnus Solberg, and Drummer Ronny Blomvik, for their tremendous work behind this amazing album.

Do listen to all the tracks and also follow them on social media to know more about their upcoming releases and music tours. Song Link below: 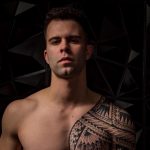 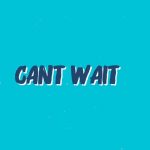