North Dakota-based Pop artist “Solomon Carlson” has dropped a charming and refreshing pop song “Close”. The song is written on a long-distance relationship which Carlson’s experience with his girlfriend.

“Close” has a great kind of music, and the purity with which Carlson has composed the whole song is super intoxicating. The engaging hint of pop music with the use of catchy dance/pop beat has given the track an enticing aura which is irresistible. More and more, the enthusiastic lyrics of the song with Carlson’s charming vocals complimenting them has shown his creative skills and the talent he has to attract many people through his music.

“Close” is quite sparkling and engaging which can make listeners feel incredible and wow. So do listen to amazing track and give a thumbs up to “Solomon Carlson’s” ecstatic song. Song link below:

Link to the music video:

About Solomon Carlson:
Solomon Carlson grew up in small-town Minnesota and is now based in Fargo, North Dakota. The pop artist draws most of his inspiration from artists like Jeremy Zucker, Ed Sheeran, and Troye Sivan. Solomon, who has been singing and playing guitar since third grade, always felt drawn to music, but in his school days, the lack of support from many of his peers and teachers resulted in him waiting until he was older to pursue his dreams. Solomon’s most recent releases have shown his fiery potential in the industry, with his first single “Always on My Mind” reaching over 25,000 plays on Spotify. Now, he’s gearing up to release more music, including his next upcoming single, “Make It Out Alive,” set to drop May 18th. 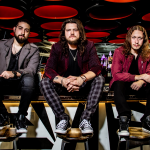 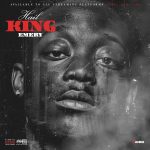