Silicon Valley tech guy and amazing singer/songwriter “Son of Stone” a.k.a “SoS” has recently released an enticing Seattle rock version 2.0 song with catchy pop-rock riffs and a twist of storytelling, and the song name is “Silicon Valley”. The track shares the depth of the singer’s heart and has dedicated it as a celebration to the tech industry that has given him so much and he wanted to capture the energy and creative fire that burns there and also in his heart. Coming to the story behind the name “Son of Stone”, SoS dad name is Stone, so basically he is “Son of Stone”.

Sos has the usual influences of rock music from Nirvana, Soundgarden, Foo Fighters among others, and has represented it well in the track “Silicon Valley”. There are deep similarities found in the track which is a nice pop-rock track composed with great riffs and beats to share a normal story with all its vividity. The song has a classic touch of the 80’s traditional rock music style effectively wired with energetic rock guitar riffs and catchy drum beats. With the infectious vocal tone and the energetic vibes of the track will truly capture any hale mind. The track is indeed made with bewildering passion and deserves 4.5 stars rating out of 5.

Do listen to this enthralling track “Silicon Valley” and make sure to give a thumbs up to “Son of Stone’s” incredible work. Follow him on Instagram to know more about his upcoming releases. Links below: 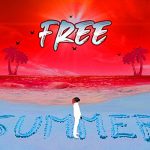 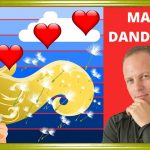