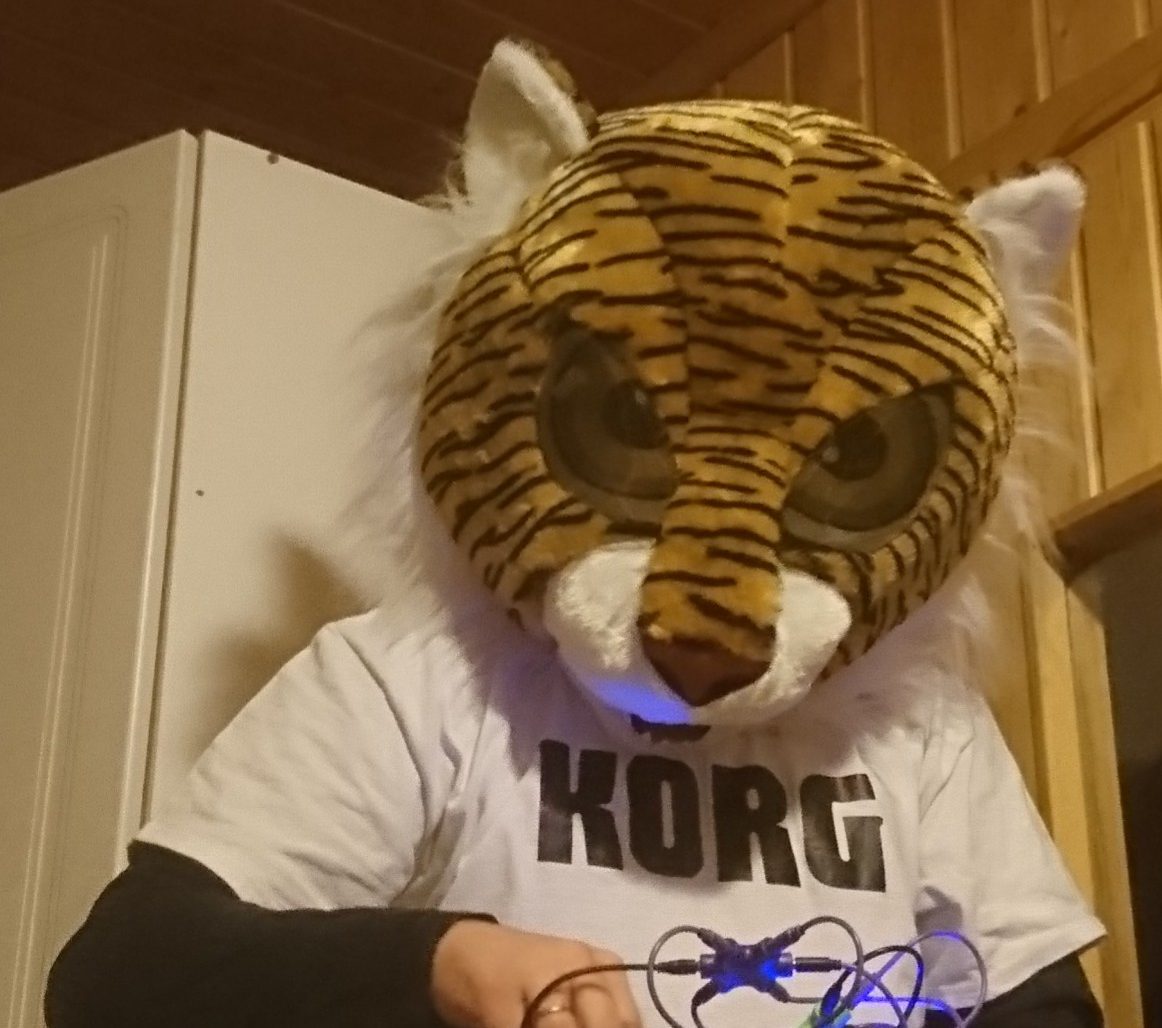 Today, on Guitaa Artist Centerstage, we have an amazing musician all the way from Norway whose name is “Chent“.

The Lillehammer based artist loves both House & EDM music who is about to release his latest EP “Power” .

So, Let’s get to know more about this cool EDM artist, about his challenges as an artist, and many more.

This is a tricky question, it shouldn’t be, but still. I guess you could call it all Techno because of how it’s made. I love both House and EDM, sprinkle some Y2K on it and it’s a jam. I’ve made a lot of different music, and I am not in a hurry to find a cage for the music I make. When I got signed for this label there is an unwritten understanding that I am to deliver electronic music. My first 3 releases where just singles, where one of them was a rerelease from an old label. The one that has had the best numbers “Neo Nano Tokio” is like an EDM tune. For my EP “Power” that drops in a few weeks, there will more Deep House or Electronica flavor. I can’t say that I make typical dance music, but people sure seem to dance regardless.

When I was young MTV where just playing music videoes all day long. I was very sick when I was young, and there where a lot of times when I could not go to school, so MTV inspired me a lot in my early childhood. I started playing guitar when I was 6 years old and released my first CD at the age of 12, so I became very passionate about producing music early on.
There are a lot of things that make me want to make music, but there have been a lot of changes to my sources of inspiration for this release. I used to make music to feel powerful and express my sadness and anger, but I have done a lot of changes in my life to let go of certain aspects of my life and embrace more positive things. Think I crave more feeling cool as I am getting older, and I have come to realize that people don’t want to listen to my old war-stories in the form of music. It didn’t sound very pleasing, to be honest. I get very inspired by all the instruments I am so blessed to get to play with, memories of how music feels, even if I have forgotten the music, all the responsibilities of a man in my position has to deal with, seeing new places or just dreaming about them and not to forget all the amazing music I listen to all day long. It can be demanding to hear so much good music and find something to draw inspiration from, without taking their expression. Like using a similar technique, but not copying it, and adding some sprinkles to my creative pool.

I remember starting a band because we got booked to some gig where it has to be “real instruments only”. It’s like one of those old pubs from the 1800s that has become a famous venue in more modern times. We rehearsed like 3 or 4 times, all from CD’s, because I didn’t read or write notes at the time, and the random guys I found on myspace or something turned out to be awesome. We did another gig with the same setup later on, but that one gig had some good magic in it. Cram packed little place with a crazy positive crowd, and nothing beats the 2 minutes of awkward talk as a drummer who needs to take a piss in the middle of the set.

On my last gig, there were lots of things being off from the start. Like I was told to be ringing just an hour before the doors opened. They had read the rider and agreed to it, but when I showed up there were no mixers there. I had to help them fly the PA, set up the mixer and set the levels. They hadn’t even brought a single DI, and I asked for two. The backline guy didn’t even know what a DI was, and usually, I bring my own, but they said ok. In the middle, I figure out what I should do that one song I had been working on, but I didn’t bring that synth along, so I did some last-minute arrangements to get someone to bring one. I borrowed one of those tiny like 8 channel mixers and put it on stage, draw note and the crowd is just there. It was just one time, so I just let it rip. Like in the corner of my eye I see someone tripping over a wire, ripping the power out of the synth that I just borrowed from a former mate, just in time with the first snare of the gig. I just handed those people more of that same pad on top of a pad for what felt like hours, but at least no one left, and I got to finish the gig, and the crowd was all crazy.

“deadmau5” is one of my big heroes, but it is hard to like a cross of big musicians like Elvis, Mozart and Bob Marley. Maybe I should go for Avicii, because deadmau5 is probably producing at this very moment, and I know he had so much of music left in him. Avicii has made a few songs that I didn’t listen much to, but some of his music have been soundtracks to some of my great journeys, and as I have gone back and heard some of the best music from the biggest moments I’ve had in my life, his name sure shows up a lot. I think we’d make an awesome and timeless jam to be talked about and listened to for centuries.

Being a professional is probably not my strongest quality, and that is one of my big regrets, although I was the professional in our branch, and that is probably the only reason I am still in the industry. Now, more than ever those two things are very intertwined, and I see there are many making more defined borders between the two. A musician should always keep in mind that they represent their product, and if they pursue the rockstar lifestyle, they will be another crab in the bucket. The ones staying sober enough to do the gig professionally and participate in a simple conversation afterward are more likely to establish a reputation as a musician in a constructive way, but if there is an open bar one would still be expected to have a drink and party. There is a lot of work that needs to be done before you even go to the green room, and some think polishing some chords last minute is unprofessional, but my opinion is that the person who feels it would be more settling to do some last-minute practice, but don’t because he wants to be professional, never becomes one.

Back in the days, I had more self-confidence, I used to do gigs in front of thousands of people with very little nerves if any. There where a big change in my life, things fell apart, and I lost my ways, just to find out that I had been on the wrong path, and I just found it. My life was full of anger and hate, and that hate had to lead me for many years. When I found a path where I could be more comfortable with everything that has been done to me, I realized that there would be hard for me to avoid those who have sworn to punish me for their shortcomings. Now that I have let go of my ego in order to focus on the music instead of things like self-promotion, politics and street justice, I feel that I’m at least on my way.

On a personal level, I am a Cubase man, but I’ve produced on many platforms over the years, and even combining to get the features needed. I have recently gotten my hands on an analog Korg, and getting equipment is always a part of music production at some level. When I grew up I learned a lot about analog equipment in the studio I used to work in, and I have since been very interested in audio formats and signals. I have played a lot of instruments, and love to learn new ones. Digital music was a big part of the Y2K thing, with everything being Napster, and vinyl being regarded as garbage. At that age, very few knew what analog means. Now I see even more of that, and since so much music never sees an analog format, it is common to think it doesn’t matter anymore. I only made digital stuff for many years, but when I picked my guitar back up like 10 years ago, I noticed some stuff that can’t be captured digitally. There are some of the old sound techs who have told me a lot about these kinds of things as well, but the point is something like shaping a sound in the real world. There are a lot of things that are very hard to do on a guitar, this is very simple in Cubase, and Vice Versa. Right now I am working a lot in the analog realm, so I am very into that whole thing where digital becomes analog becomes digital, still not undermining the digital parts. I read a lot about music as well, and I try to catch a few lessons online every now and then to stay in tune.

I am a bit spoiled as I have a little old DAW at home, so I can record and playback things, usually, I lay down some drums and jam to it. Got like 10 tuners, none of them are particularly good, but still, it is one of my favorite tools. When I grew up I could never get any help to tune my guitar, so it felt pointless to practice at times. Now I feel blessed for having the ability to see where the good sounds are to be found, instead of putting faith in someone’s old drunk tone-deaf grandpa to tune it without breaking the strings and not knowing how or bothering to replace them. I like to do a bunch of games as well, like the rhythm games, old school trackers and since you asked, Korg Gadget is awesome.

Guitarists earn more money and have more fun, don’t trust yourself as much is a big part of not thrusting anyone. People be wrong, be people still.

So, this was the EDM artist “Chent Saus”. Want to know how you can follow him on social media? Then, check out the links below: 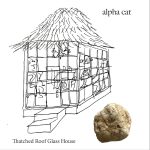 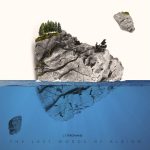