Today, on Guitaa Artist Centerstage, from East Saint Louis, Illinois, we have an amazing Rap/Hip-Hop artist“Bando Jones a.k.a Wondo 55”. Wondo 55 has recently released his latest single “All-Star” and is stepping out into the spotlight, reaffirming his talent on why he has all the potential to become a successful rapper.

The song starts with the titular intro that creates a woozy ambiance, with the layering of female, male, and childish vocals alongside intriguing synths that adds a unique vibe to the track’s music. The whole arrangement of the song, including the impactful and matured lyrics with Bando’s energetic and impressive vocals is no less captivating. The song is indeed a treat for rap lovers and has all the potential to become a chartbuster.

Hello! My name is Bando Jones, A.k.a Wondo 55. I am a Rap/Hip-Hop artist from East Saint Louis, Illinois.

My brother who got gun down put me on to the rap and after his death, I just started rapping and perfected my craft. But Boosie Zed Zilla and young scooter are my influences on rap. Those three have influenced my life so I got a bit of all three in my style of rap and that’s what makes me stand out.

Numbers nightclub in Texas. I didn’t think people in Texas knew my songs word for word. I’m from Illinois so it shocked me honestly.

Boosie Meegan, Thee Stallion, um a lot of artists I wanted to work with has passed like Lil phat, Lil Snupe, Juicewrld, JoJo, I just feel they were and are the great artists to work with. I forgot Meek Mill and Childish Gambino, yeah them too.

Just stay focused. Work hard and read read read. You have to read what you are doing and think before you react.

Getting off the ground with paid shows.

Don’t know much about it but I love that all of you at Guitaa took time out to interview me and make me feel at home.

Go learn the business side like I did to become established. Then go from there to the things which belong in that nature. 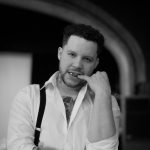 “Muhlatto” Shared his Debut song ”Use Me”: Listen 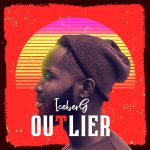 “Iceberg” Shared his new song ”Truth of an Outlier”: Listen