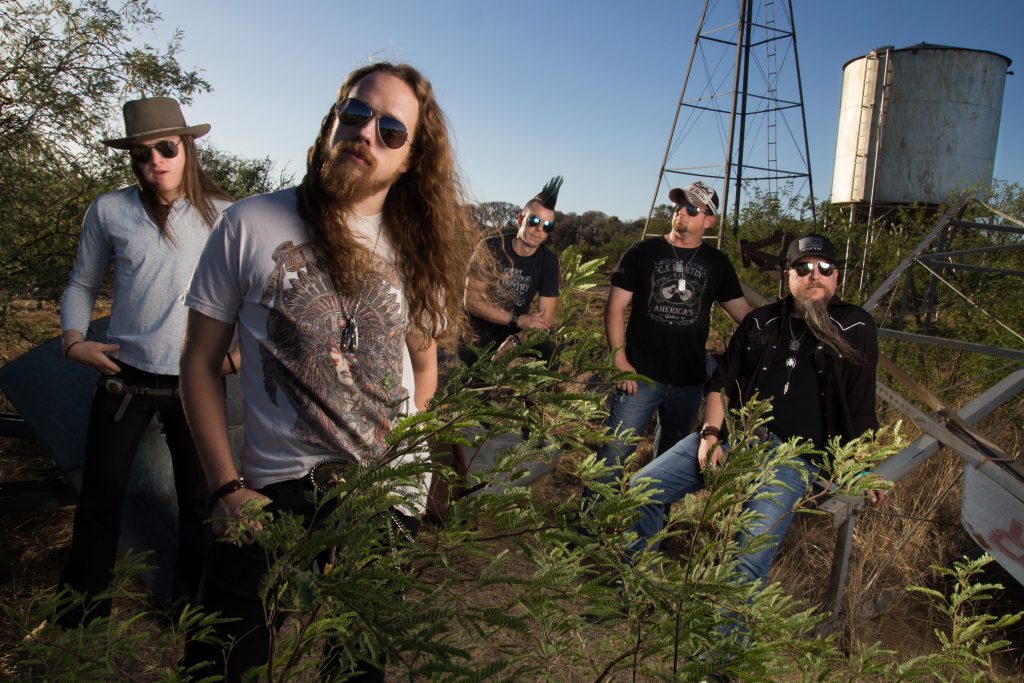 Today, on Guitaa Artist Centerstage, we have an energetic southern rock band that has been gaining notoriety with their rock-infused songs and amazing live shows and its name is “Christopher Shayne”. Christopher Shayne is a 5 Piece band with powerful vocals, harmonies, and tone rich guitar and has played direct support for Southern rock Icons such as Lynyrd Skynyrd, ZZ Top, Molly Hatchet and more.

In their latest music cover video of “Billie Eilish’s – Bad Guy”, their rock touch in the song has won the hearts of the listeners. We have fortunately caught up a moment with the band’s founder. So, Let’s get to know about the journey of the band, about their challenges as a band, and many more.

When I was first learning guitar I loved early blues music. Anything from the ’30s and 40’s and that’s how I learned to play guitar. R.L Burnside was one of my biggest influences. The way he delivered blues was rough and raw and I love every second of it. I make music today because I just have this deep feeling to write it. I’m not done with what I want to say and I want to put this style out there.

Playing with ZZ Top at Bike Week was a dream come true. 21,000 screaming fans was something that was absolutely unforgettable. And then we decided to drop an ABBA cover on them. Some of their faces were priceless! The marquee is one of my favorite venues to play. Great crew and people to work for.

I wouldn’t say it was a fuck up but we recently were deep in the middle of a 3-hour set, when my drummer leans forward and says he’s going to pee his pants if we don’t stop immediately. So In the middle of the song, my mind is reeling trying to figure out how I’m going to work this. I lean over to the guys and yell “ROCKY MOUNTAIN!” That song has a very long intro and it starts with just the guitar. So the song we’re playing ends and I lean over to the drummer and go “run” as I start playing the intro lick to Rocky Mountain Way. I think I stretched that part for 5 minutes as I just talked over the top of it. Prattling on about this and that just playing the rhythm. I see him get back behind the drum kit and we start the song. Our manager and even members of the band had no idea I pulled that off. They just thought I was messing around!!

I want to collaborate with Joshe Homme from Queens of the Stone Age. His approach to writing and production I always find fascinating. It’s entirely his style and it’s always unique and to witness that process first hand would be amazing.

They’re the same thing if you’re doing it! 😉

I think we’re currently in the middle of it. All venues closed, tours cancelled, etc. How do you maintain being relevant when music has essentially stopped? I feel like we’ve been navigating these waters pretty well! It takes daily conversations on what is happening and what the next step is. It can be exhausting but nothing that honest work can’t overcome.

Constant vocal training and experimentation. MY voice is mine but there’s a lot of little things that go into it. Where to “put your voice”, how much pressure, etc. It takes constant work and I’m still trying to figure it out. For guitar, I’m constantly just experimenting and constantly recording. New ideas and techniques. It helps to hear it back sometimes.

Recording equipment and a guitar! Nothing more than that!

I love the tools provided for beginners. The hardest tool to getting into music is that very beginning stretch where you’re just trying to get those milestones. There’s nothing like learning that song and adding to your tool box. And once you can look back and see what you’ve learned it can be very powerful.

Just keep going. There’s been so many opportunities that have been given to me where the easy choice would have been to pack up and go home but you can’t. It will get hard and it will not be fun sometimes but there will be moments that will make it worth while. You will do some things that only very few have been able to accomplish. SO KEEP GOING.

So, this was “Christopher Shayne”. Want to know about their upcoming releases? Then you should follow them on social media platforms whose links are mentioned below: